Hilma Granqvist in the Gardens of Solomon 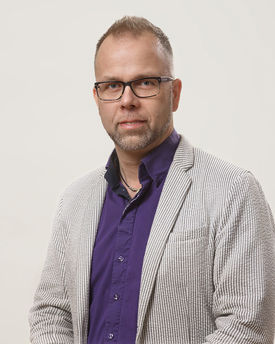 Dr. Pekka Lindqvist will speak about Hilma Granqvist, a Finnish Swedish speaking scholar of the early 20th century and a pioneer of field studies in anthropology. In the 1920s, she carried out field work in the village of Artas, where her memory is kept alive by a tiny museum. Last November her diaries, as well as the first of the books, were published online. Dr. Lindqvist will use these diaries to discuss Dr. Granqvist’s time in Artas.

Dr. Pekka Lindqvist is a lecturer in exegetics and Jewish studies at the Abo Akademi University, the Swedish-speaking university in Finland. He wrote his doctoral thesis (Sin at Sinai; Eisenbrauns 2008) in the field of early Jewish studies. He has edited publications in the fields of biblical and Jewish Studies and authored popular titles in Finnish for general audiences. Dr. Lindqvist is the Chairman of the Church and the Jewish People of the Lutheran Church of Finland. In 1998 he was ordained in the ministry of the Lutheran Church of Finland. He is also a board member of the Foundation of the Finnish Institute in the Middle East, which hosts the present digitization project of the works and archives of Hilma Granqvist.

Transportation will be provided from Shivtei Israel St. to the west of the Notre Dame Center (opposite New Gate of the Old City). The bus will leave at 6:30 p.m and return at 9:00 p.m. The shuttle will only be ordered if at least five people have signed up by April 8, 2019. Shuttle sign-up