Demons and the Interpretation of Scripture in the New Testament 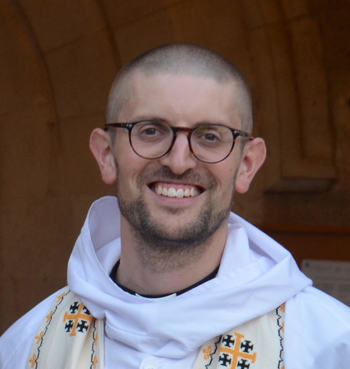 Hector Patmore is Senior Lecturer in Biblical Studies and Ancient Judaism at Cardiff University, UK, and an Anglican priest. He has been based in Jerusalem since 2017, first leading educational study tours at St. George’s College, and since September 2018, as the Woods Gumbel Fellow at Tantur. His research focuses on the translation and interpretation of the Hebrew Bible and the development of Jewish beliefs in Antiquity.

During his stay at Tantur he has been examining the role that Biblical Interpretation played in shaping Jewish and early Christian demonologies in Antiquity as part of a research project funded by the UK Arts & Humanities Research Council. He will leave Tantur this summer and take up a new position as Associate Professor in Biblical Studies at the Katholieke Universiteit Leuven, Belgium, where he will be leading a project on the manuscripts of the Targums (Jewish Aramaic paraphrases of the Hebrew Bible), funded by the European Research Council.

Transportation will be provided from Shivtei Israel St. to the west of the Notre Dame Center (opposite New Gate of the Old City). The bus will leave at 6:30 p.m and return at 9:00 p.m. The shuttle will only be ordered if at least five people have signed up by May 27, 2019. Shuttle sign-up