The University of Notre Dame at Tantur (UNDT) was introduced in 2018, unifying and facilitating the academic initiatives of the Tantur Ecumenical Institute (TEI) and the Jerusalem Global Gateway (JGG) on behalf of the University’s efforts in the Holy Land. Notre Dame's original presence in Jerusalem began at the request of Pope Paul VI. He envisioned a place for advanced theological studies there at the crossroads of many religions, and he tasked Notre Dame’s then president Rev. Theodore Hesburgh, C.S.C., with creating that space. TEI, the fruit of that vision, officially opened in 1972. TEI is an important initiative of the Office of Mission Engagement and Church Affairs. 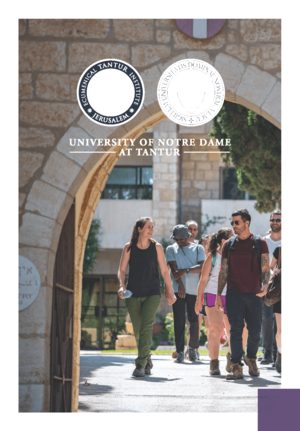 Download the University of Notre Dame at Tantur Viewbook

Since 1985, undergraduate students from Notre Dame have studied in the Holy Land and lived at Tantur. The undergraduate program was formalized in 2014 through the establishment of the JGG, and today the undergraduate program is a flagship program of the University of Notre Dame at Tantur. Other programs facilitated through UNDT include faculty research, academic conferences and workshops for Notre Dame faculty, international scholars and local collaborators, sabbatical opportunities, and partnerships building and joint research opportunities with regional universities, faith-based institutions, and NGOs. The University of Notre Dame at Tantur is one of eleven global locations led by Notre Dame International.

The facility at Tantur holds 50 guest rooms, meeting facilities, dining services, office space, a chapel, prayer rooms, and a library. Its entrance is near the intersection of Rehov HaRosmarin and Hebron Road, opposite the Palestinian neighborhood of Beit Safafa. From the hilltop, guests may view the town of Bethlehem, Mar Elias Monastery, and Herodian, a colossal fortress built by King Herod the Great. Both the Old City of Jerusalem and the city center of West Jerusalem are a 20-minute bus or taxi ride from Tantur. The main entrance to Bethlehem is a five-minute walk, and from there visitors can easily find the Church of the Nativity or visit the historically Christian villages of Beit Sahour and Beit Jala.

For visitors to Tantur, there is no shortage of academic, spiritual, or cultural opportunities in this rich and complex arena. 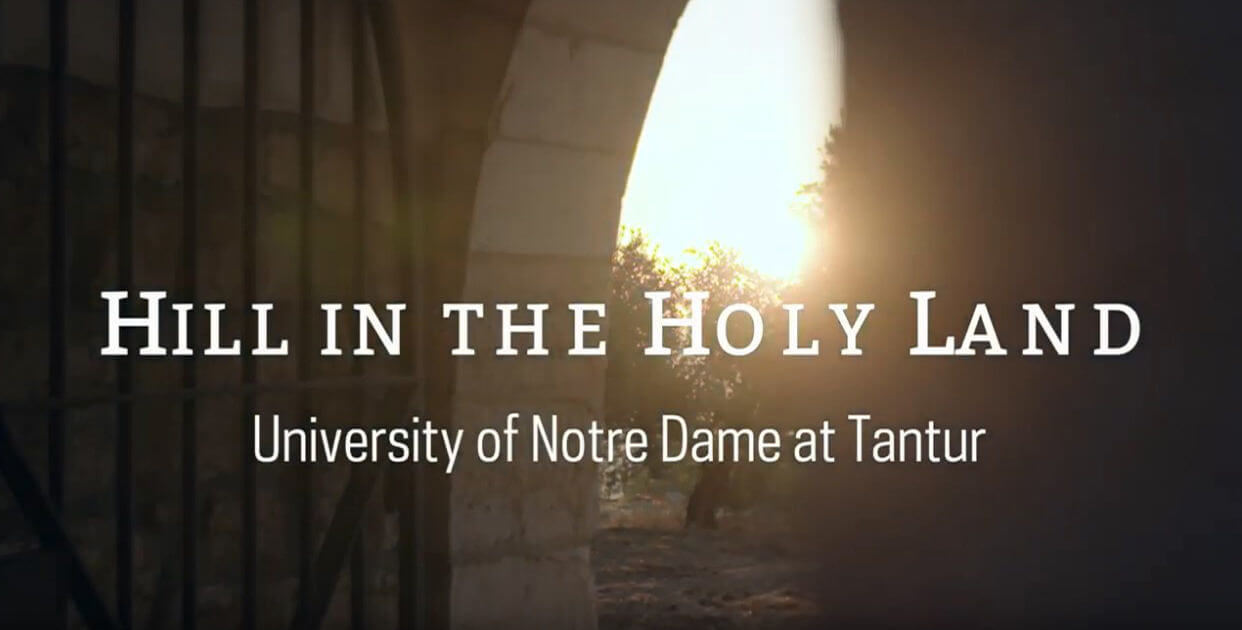